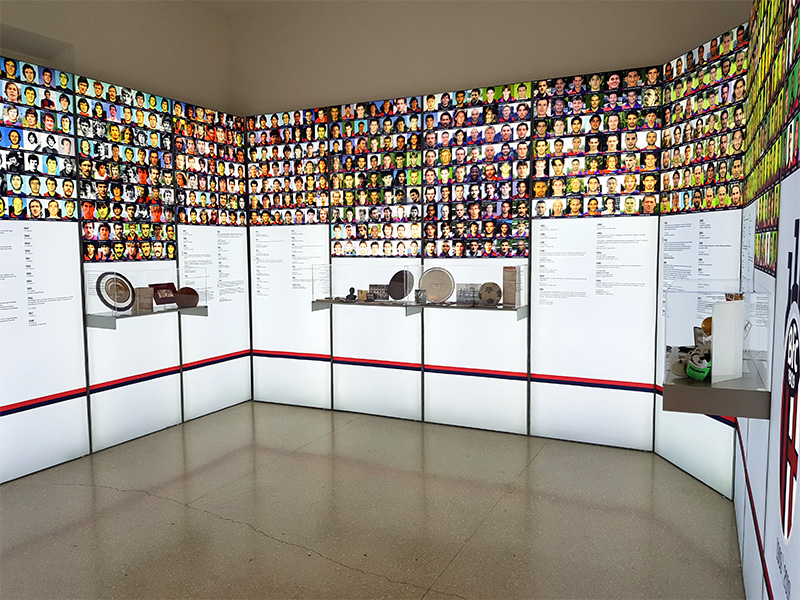 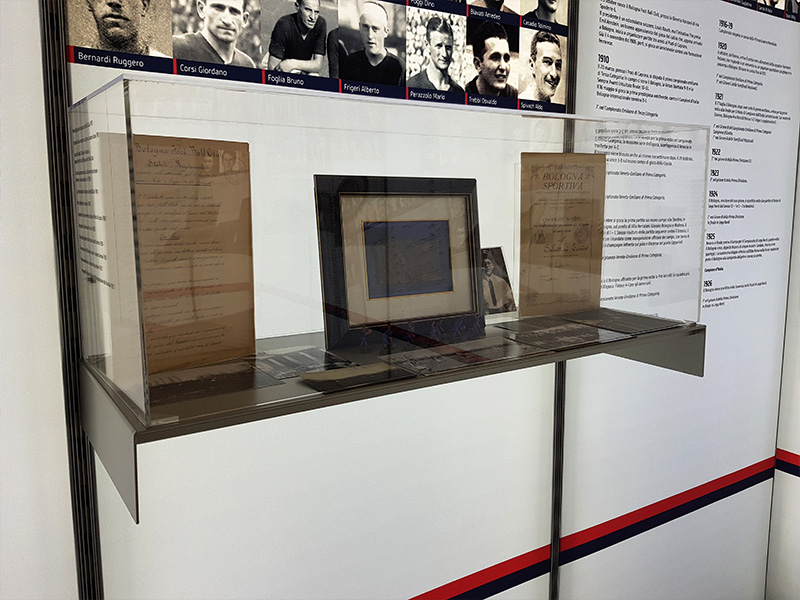 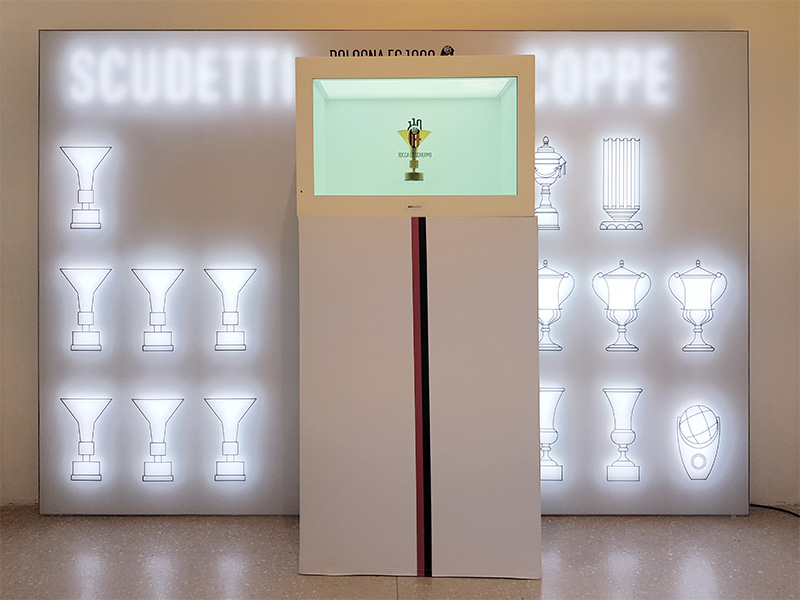 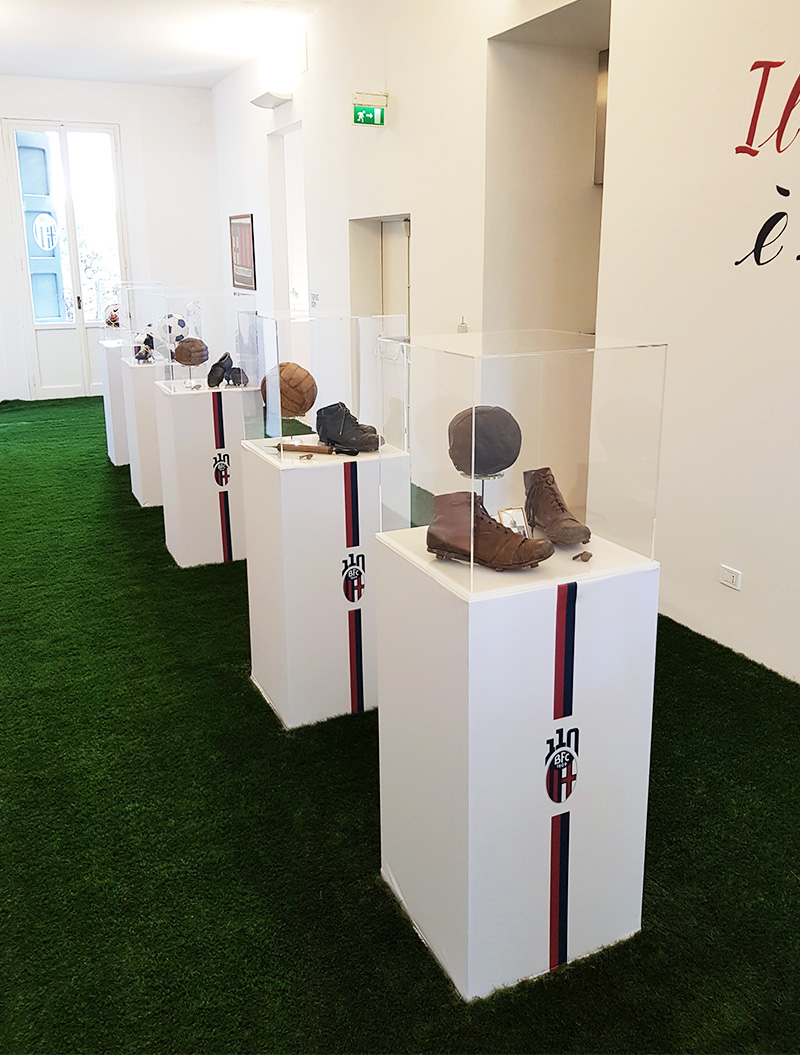 Exhibition set-up for the 110th anniversary of Bologna FC
SdB has chosen ABS Group as one of its partners to stage the exhibition to commemorate 110 years of history of Bologna FC “Athletes, Knights and Goal scorers – 3000 and… 110 years of sport from Felsina to Bologna Football Club”.
In the splendid setting of Villa della Rose, a stone’s throw from the Renato Dall’Ara Stadium, the heart of the exhibition in the trophy room has, as its leading feature, the interactive showcase that allows visitors not only to admire the original 1964 shield inside, but also to interact with four types of digital content that can be activated simply by touching: the goals, the team, the celebrations of that day and the history of club President Renato Dall’Ara. A 3×2 m dynamic light-box with prints of all the trophies won by the club is the background to the showcase: The year of the trophy appears at the top, on the fabric, thanks to a programmed play of lights and shadows. An entire room is set up with an equipped wall consisting of a series of 1×3 m single-sided fabric light-boxes. The images of all players and the timeline of the club’s history printed on the fabric, form the backdrop to the showcases containing the memorabilia. Last but not least, while a self-supporting luminous panel with the image of the supporters’ stand welcomes visitors on the upper floor, six fabric totem poles display, inside plexiglass cases, the boots of past champions together with the historical leather footballs.